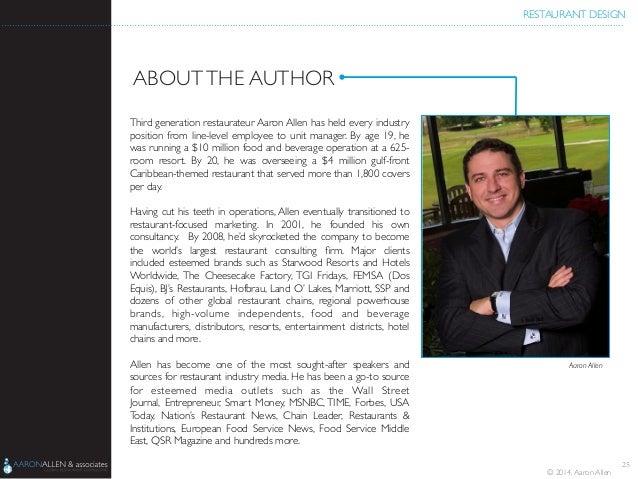 RESTAURANT DESIGN   ABOUT THE Restaurant Design: 18 Considerations to Remember

Third generation restaurateur Aaron Allen has held every industry
position from line-level employee to unit manager. By age 19, he
was running a $10 million food and beverage operation at a 625room resort. By 20, he was overseeing a $4 million gulf-front
Caribbean-themed restaurant that served more than 1,800 covers
per day.

RESTAURANT DESIGN   ABOUT THE